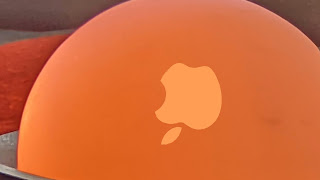 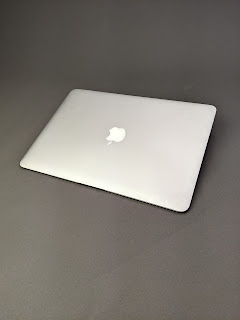 In 2011, Paul bought a MacBook Air as his laptop. It served him well for most of his computing needs until he bought a MacPro (trash can version) a couple years later. After that, the Air was his mobile platform for moving from the yurt, his photographic studio and local coffee shops.

In 2019, the battery gave up. Paul, decided to keep the machine on life-support, bought an Amazon replacement battery and went through the steps to install the battery himself. This brought the machine back to life for about a month. Then the new battery failed and it became apparent that he had been scammed on the source of the battery. Run time solely battery power was about 20 minutes. Since then, the machine has been tethered to its power cord and is far less useful. Eventually, it landed in the electronics recycling box in the shed.

Now in 2022, I've been pretty much immobilized in the last few months due to complications of Elhers-Danlos and arthritis. There are days when I cannot make the walk from the yurt into my office in the old farmhouse. We retrieved that old MacBook Air so I could at least have some access to a computer while sitting in my old man rocking chair. The battery still didn't work, but the computer and I were both tethered to one place anyway. 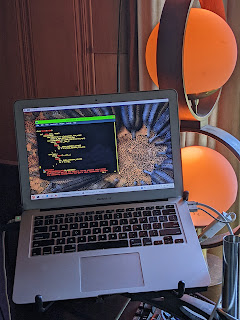 It did the job, but I'm very MacOS intolerant - especially this old non-upgradable version. I'm a Linux KDE guy. Years ago, I put Linux on an old MacBook Pro, but recall it was a nightmare of components not working, freezes and system crashes. With a bit of research, I found that reviving old MacBooks with Linux is quite feasible in 2022. It seems all the onboard hardware is fully supported.

Kubuntu 21.04 turned this machine back into a productivity machine for me. Not only did it give me my familiar desktop working environment, surprisingly, the battery works just fine now. I easily get eight hours of untethered time. Was it something about MacOS that made the battery unreliable?

Download a current Kubuntu ISO from https://kubuntu.org/getkubuntu/. I used kubuntu-21.10-desktop-amd64.iso.

Making a bootable USB drive from the iso on my Linux workstation:

After it finished, I moved the USB-stick to the MacBook Air and turned the machine on. On hearing the C-Major chord, I pressed and held the Option key. I was given the opportunity to boot from the USB-stick or the MacBook Air. I chose the Kubuntu Live USB-stick. From there I installed the OS, having it take over the entire internal drive and completely wipe MacOS off the machine.

It was that simple! A half hour later, I had a working Kubuntu desktop. Everything just worked! I made my usual KDE customizations and it's been a great little machine ever since. If I need more horsepower, running things on my office workstation remotely is trivially easy in Linux.

The people working to make this possible have my gratitude. Shame on Apple for not supporting their old hardware and making it difficult for others to do so. I doubt the modern generations of Apple laptops will be as useful eleven years later. 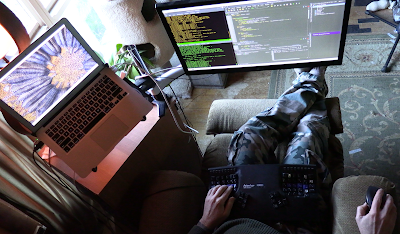 I live in this chair these days