0072 - Butterscotch Rose Maze - We found it in the far corner of the municipal rose garden. The bloom probably outweighed the combined weight of the sparse leaves. The plant may have been pathetic, but the flower was spectacular in a way we had never seen. While it could have been the prototype of a classic Hybrid Tea bloom, the color was unprecedented: a yellowish tan and carmel swirl. There was no identifying tag and nobody in the local Rose Society knew anything about it. 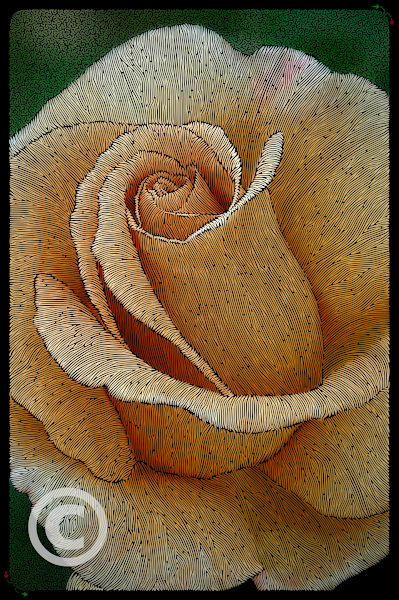 We eventually identified it as "Butterscotch Rose", a modern Hybrid Tea introduced in the 1980s. Commercially, it was a flop, few gardeners in that decade were interested in the odd color. However, in our twenty-first century rose nursery, the Uncommon Rose, Butterscotch Rose fit in our most popular category, the Coffee Roses: blossoms ranging from light tan to deep chocolate. After its patent expired, we propagated as many as we could, but were never able to keep up with demand. 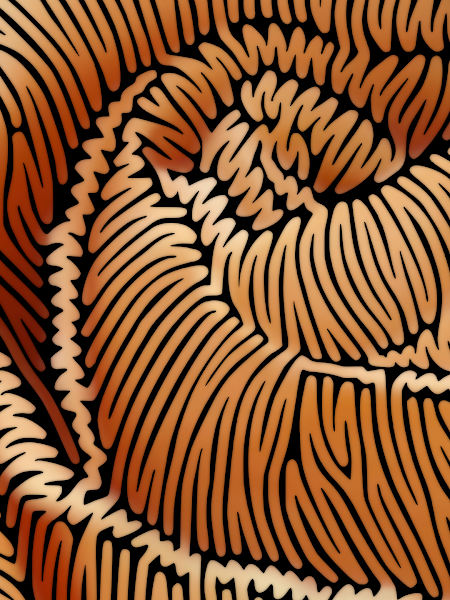 This maze differs from most of my previous mazes by line density. I increased my line size by fifty percent. I hope to be able to print this maze on smaller paper without the lines shrinking to microscopic. I'm pleased with the effect as it gives me more leeway in sculpting the shape of the lines. 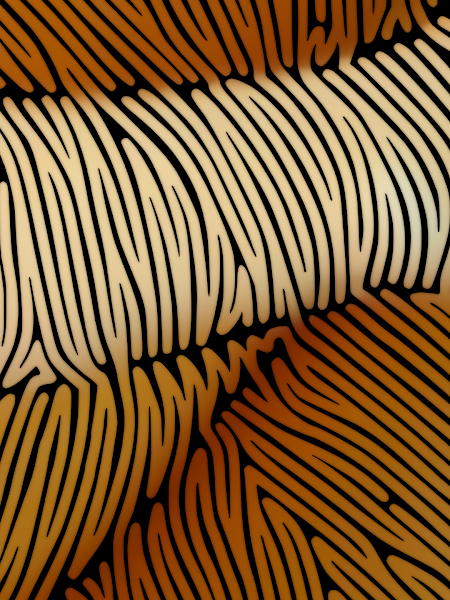 As with all my mazes, the two entrances and exits are just suggestions. There is exactly one path between any two locations, your can choose your own adventure.