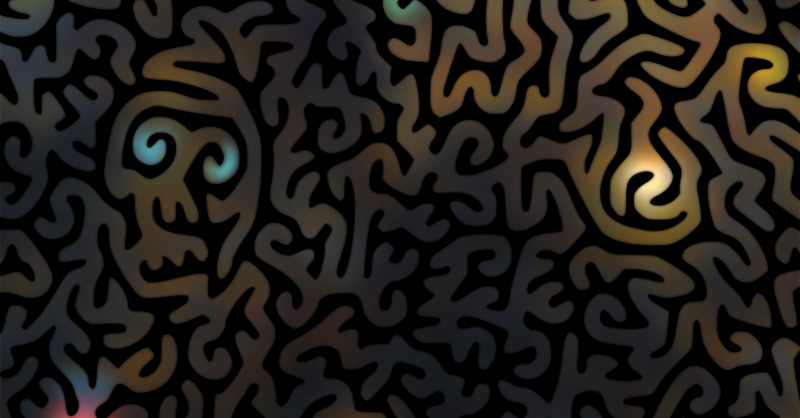 Like so many people, I've been watching the image releases from the James Web Space Telescope with awe. It is a crowning achievement of mankind in a dark era where joy is hard found.

When the Phantom Galaxy image was released, I was entranced: so many flows, complex shapes and implied interactions. I decided instantly that I needed to make a galaxy maze. My process for making mazes involves several stages. My toolchain is entirely digital, but the maze is NOT computer generated: I drew it entirely by hand. Most of my works are inspired by my own photography, though, for this maze I suppose I've outsourced the space craft and camera. I made several rough sketches of the image, preliminary digital paintings and even made a collage. Then I traced out the flow patterns that I see in the detail, etching them into a virtual black matte. The black matte becomes the maze walls through which my digital painting shines.

Please support my
artwork on
Patreon.
Even a small
contribution helps.

This maze was hard to create. There is so much chaos and noise in the image - well, probably in the galaxy, too. I sketched out the major flow patterns that I could see, drawing them with quick ragged brush strokes. I found myself consantly referring back to the original image to map out details, colors and relationships between star and dust.

I started representing the cloud streamers as stretched out line patterns, but the color chaos kept pushing me toward tight vortices. I resisted and stretched the vortices along the corridors of dust and hidden stars. The result is a mix of textural styles. 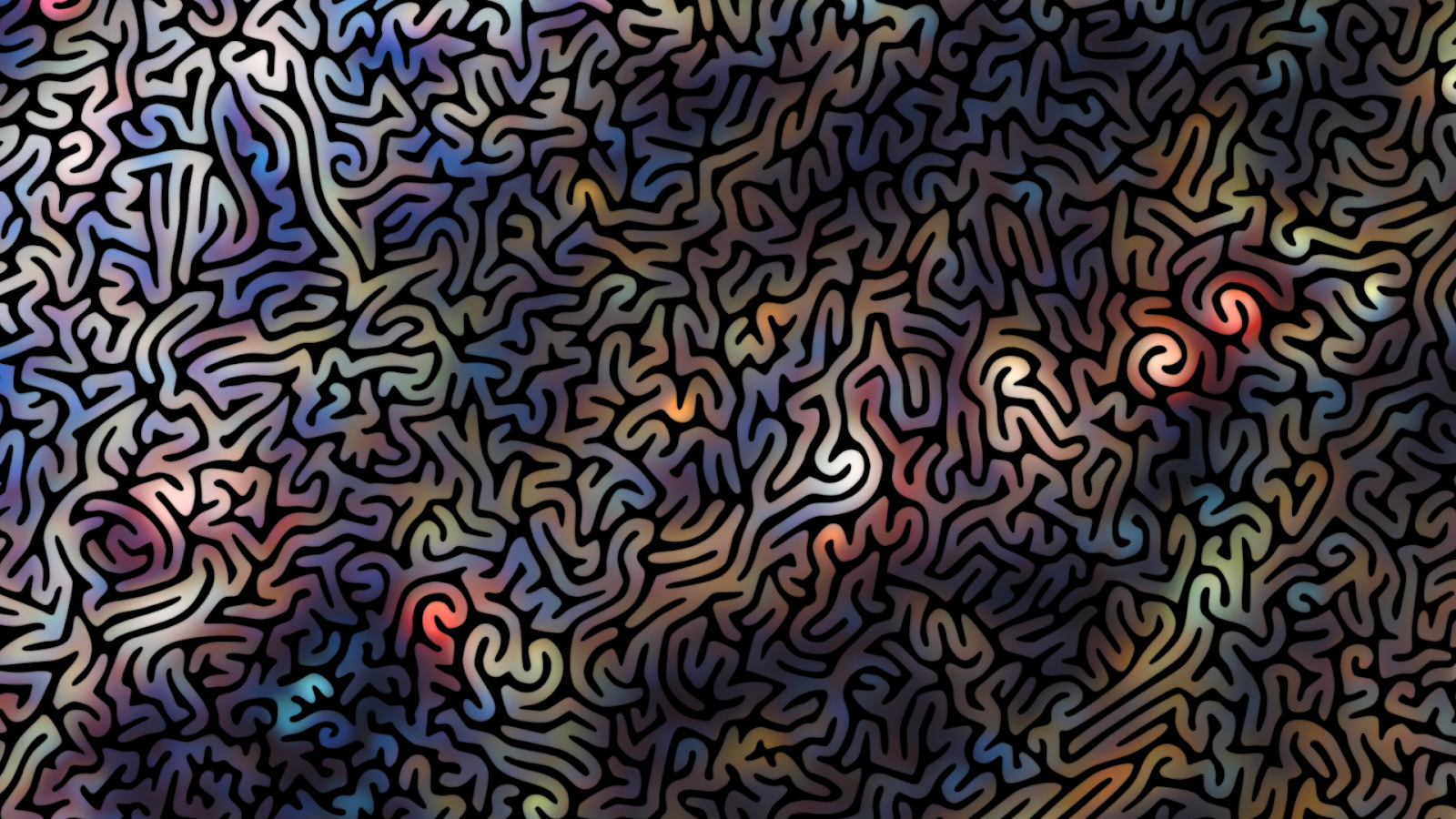 Mazes are all about pathways, but it is hard to represent a point (a star) as a pathway. I enlarged most stars and then represented them with a C or S shaped path. They now look like eyes of alien animals.

In these close up views, it is evident that I have been influenced by pinball machine art, especially the back glass. I wasn't consciously thinking about it, but made the stars look like they've been illuminated from behind by incandescent bulbs. I've hidden things all over this maze: faces, figures, tributes to long lost friends and lovers. There is even an accolade to the JWST, a space limerick, embedded across many lightyears of space:

Okay, so it isn't a perfect limerick, I'm not a perfect poet.
(you're going to have a hell of time finding it)

Want to know some more about this maze and don't care if there are
some spoilers?
The Phantom Galaxy Maze Analysis.

I'm giving this maze away to everyone
for free!
The maze is 12288x6912 at 75MB
Download Full Rez Color Maze