Warning! This page is one giant spoiler. Solution Paths: these are the bright green and bright red lines. I always make two suggested entrances and exits labeled with red and green arrows. They usually are right next to each other pointing in opposite directions. Since there is exactly one path between any two points in the maze, the red and green solution paths cross exactly once. It's quite easy to see where that is in this view.

In mathmatical graph theory, my mazes are tree graphs. There is exactly one path between any two points. Here's how I prove it: Proving a Maze

I aim to make my mazes difficult. After a great deal of study, I've concluded that the longer the blind paths, the harder the maze. This next image reveals the Major Blind Paths that I created while drawing the maze. Major Blind Paths: A blind path is a path that dead ends. A major blind path is a dead end path that is very long and cannot be trivially disregarded. One of the secrets of solving mazes is that it is usually easier to solve a maze backwards. This is an artifact of how artists draw mazes. I take great care to make it difficult from both directions.

In the green domain, the cyan and violet blind paths serve the same forward/backward confounding purpose.

The pathways within the domains that have only the dark color I call noise paths. They may be trivially short paths, but they serve to add confusing distractions: noise. Not all of the major blind paths have been marked on this maze. I draw these paths by hand when I engineer the solutions. They slow me down while drawing so I am rarely exhaustively complete in marking them.

This is the full analysis with the final maze coloring and without the Solution Domains: 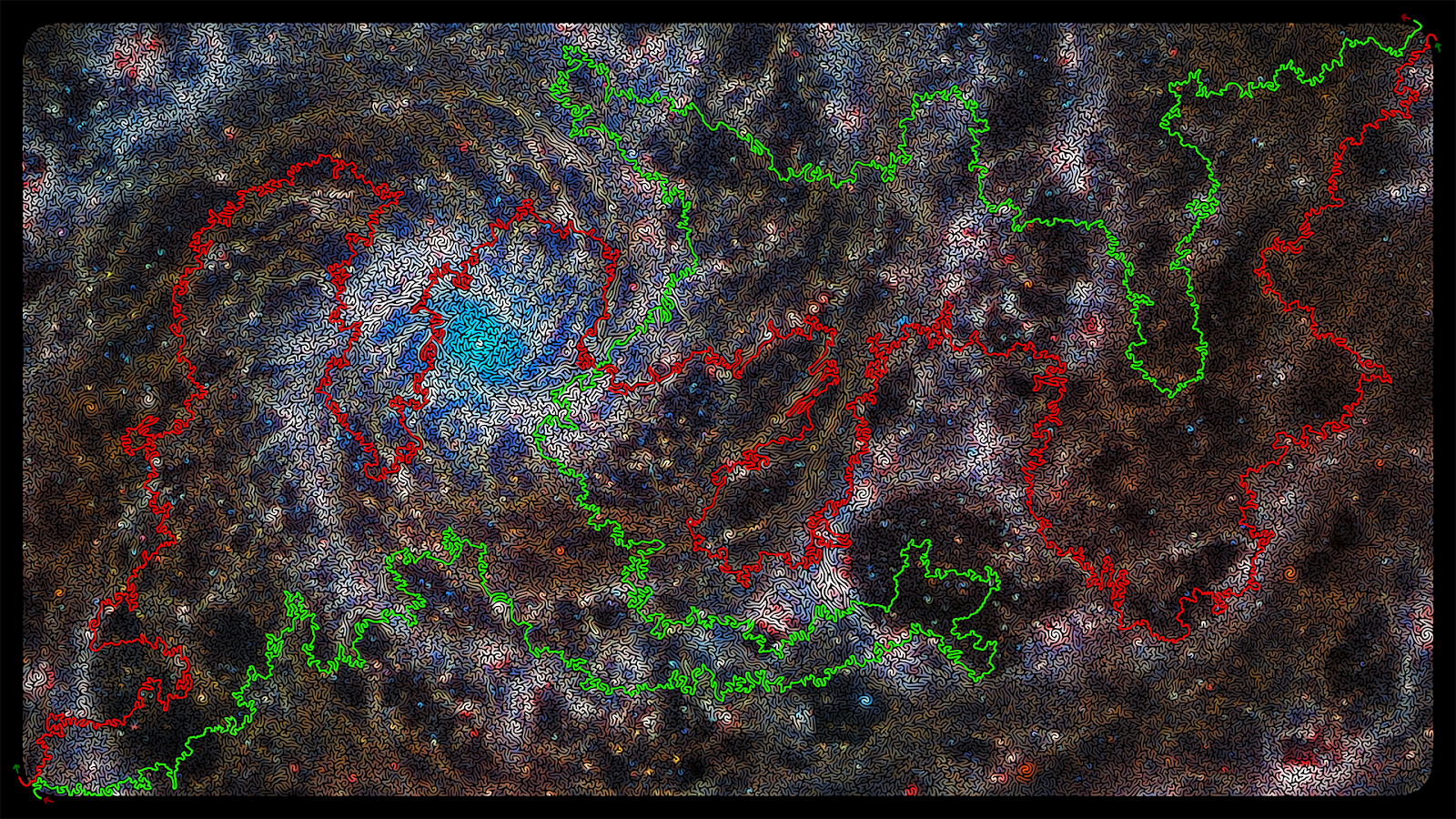 "Wait! The crossover point is not in the gallatic center!" -- Well, I am the perverse one.