How to purchase...
0062 - Moss on Bark Maze - I'm apparently fascinated by the shape texture that I'm drawing for the moss. I'm thinking about how I always say that mazes are really just twisted versions of the mathematical concept of a binary tree. Moss grows in a mathematically appealing way. 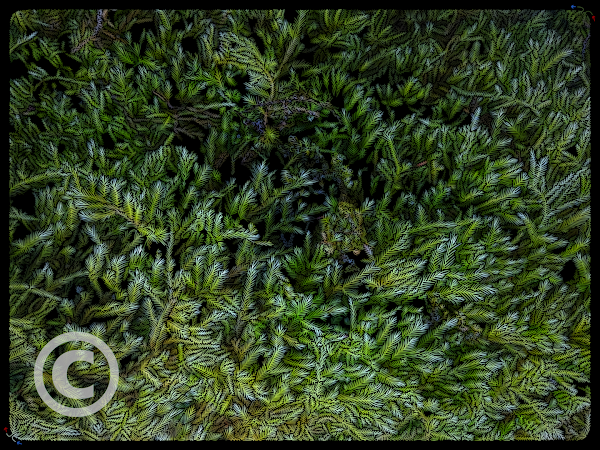 This maze started with some moss growing on the branch of a tree near my yurt. Here in Oregon, moss grows like carpets on just about any horizontal surface that is left undisturbed for few years. Taken together, their structures are a forest of simple but, odd, trees in miniature 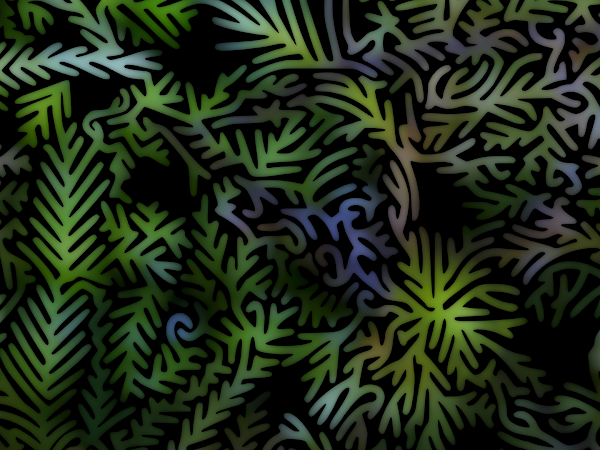 In earlier works I had explored using a pattern shaped like a true binary tree: intersections with only two choices and short straightish paths between intersections. It works well to represent moss. So I decided to use a pattern of actual binary trees to make this maze into a forest of neon tubes glowing the colors of moss. 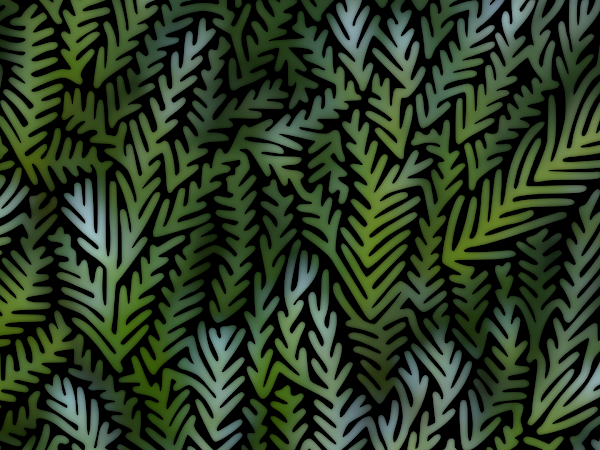 Earlier examples of this pattern used in my mazes:
0014 Moss on Weathered Concrete
0058 Forever Eroding
0020 Moss On Asphalt