Not available
for purchase
0014 Moss on Weathered Concrete Maze - This is a maze that was started in 2016 and abandoned.  However, a bit more than two years later, I resurrected it with a dawning new interest. 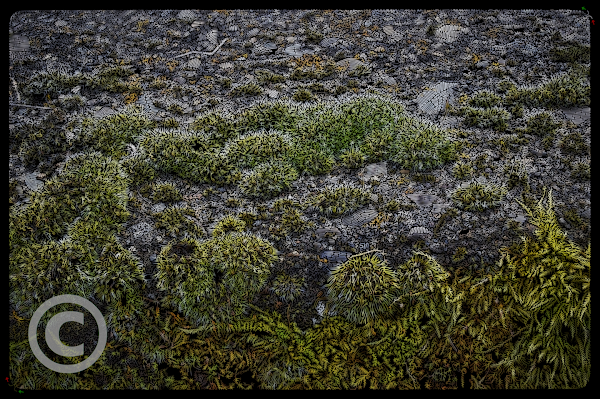 I'm not sure why I lost interest, because when I started working on it after a couple years, I was became quite enthusiastic about it. The number 0014 is early in the sequence numbering of my works. Not all numbered works get finished and some have been discarded. However, this one being finished in the era where I'm also completing works in the 60's range is uncommon. 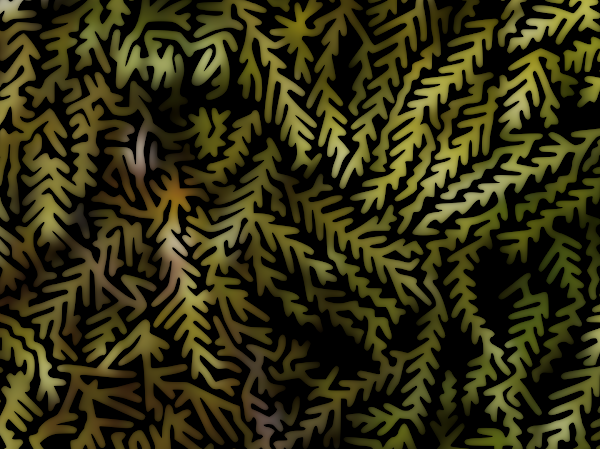 It just took me a couple years of thinking about it and developing the skills to render Moss on Weathered Concrete. I love the forest of moss effect in the lower half.

I repeated the faceting effect on the rocks embedded in the concrete that I used in 0020 Moss on Asphalt here, but I think, honestly to lesser effect.  Overall, though, I really like how this one turned out. 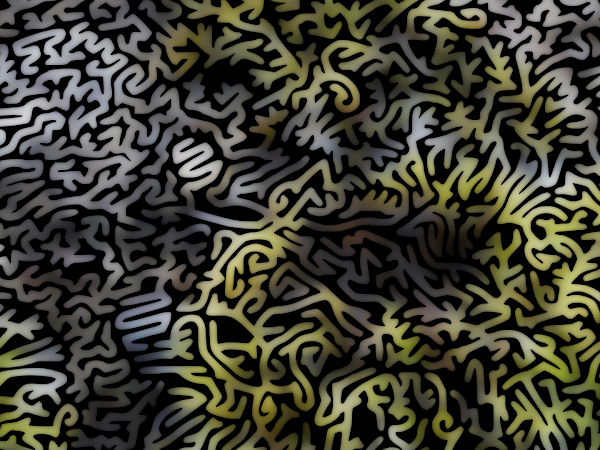