How to purchase...
0058 - Maze of Neon - Did you ever have a Lite-Brite as a kid? I did, in 1970, but while fascinating, it wasn't good enough. I wanted to draw with those colors, not just push colorful light pegs into holes. In retrospect, I wanted a color vector display and a drawing pen in a dark room. Forty-five years later, I got my wish.


This maze is a celebration of what I suspect I would have drawn at age ten in 1970 if the tools had existed. It's a wild riot of contorted neon tubes in a dark room. 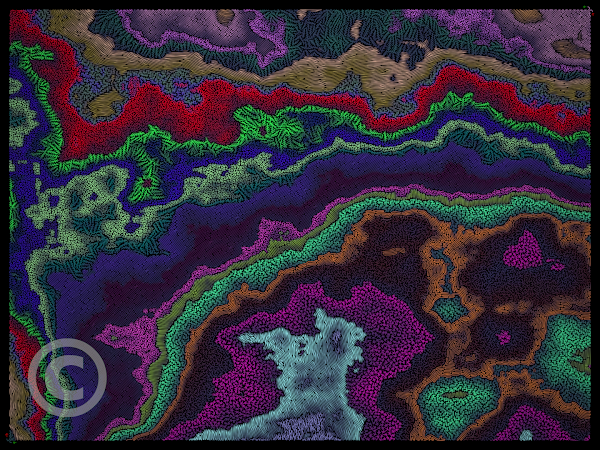 I really love the chaotic clash of colors.  The textures clash, too.  I see some of the textures as slow gentle delirious wanderings, while others are rigid marches that defy the organic boundaries of the color layers.  Forests hang like stalactites between brick walls and fields of wheat.  None of it makes any sense and I revel in the bedlam. 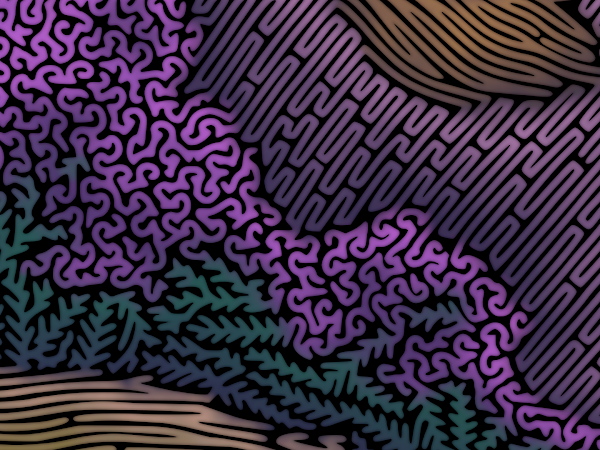 The maze itself is likely very difficult and time consuming to solve.  Since there is exactly one path between any two points, anyone wanting to solve it can choose their own start and end points.  However, for the sake of tradition, I offer two starting points and two ending points.  The Red Path begins at the upper right and exits on the lower left.  It is likely the easier of the two routes.  The Green Path starts at the lower left and exits on the upper right.  Somewhere in this tangle, the Red Path and the Green Path cross each other exactly once. 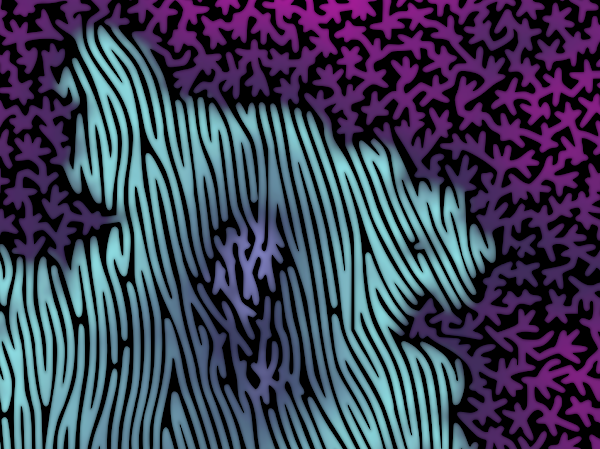 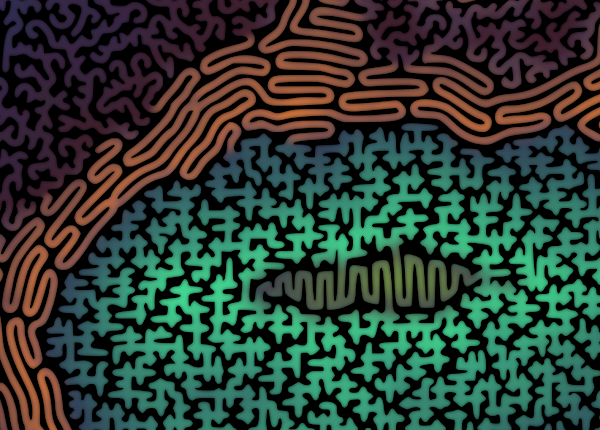 Perhaps it is remarkable that I never became a glass tube neon artist.

This maze has been the subject of a video project, too: "The Maze of Neon Burns". It is best view in full screen 4K.