0059 - Four Gyres - With this maze, I am quoting myself. Inspired by the dark center section of a previous work, I created a new maze at a different scale than my more grand works. 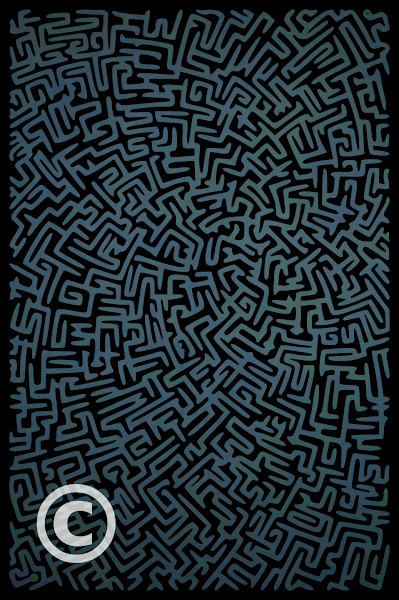 This one really fascinates my eye. The swirl of the subtle grayish blue and blue/green colors fails to match the swirl of the entire form. The swirl of the density of the lines seems to follow the color vortex, but then does not. The conflict seems to trigger movement detection in my peripheral vision, but when I try to focus on what moved, the illusion moves to a new place. 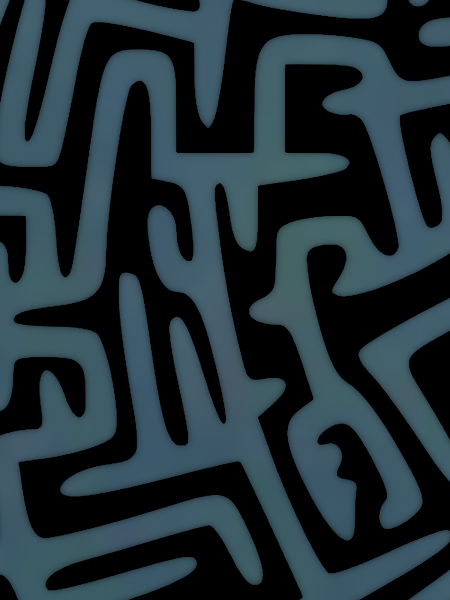 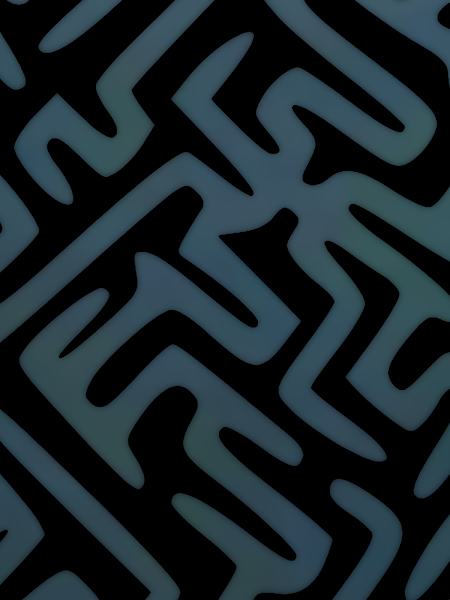 As this maze is at a large scale, it is not as complicated as most of my other works. It is an easy maze that would take only a few moments to solve.