Older Article ►
It was 1981 and I was an Electrical Engineering student at Montana State University in Bozeman.  Halloween was coming and my group of friends and I were frantically cobbling together costumes for a whole week long set of parties.

I had no idea what to do, but my girl friend made me a black hooded robe.  The idea was to whiten my face, darken my eye sockets and make my shaggy beard and long hair gray.  I was to be death.  That just wasn't good enough  for me.  I decided to add some blinking LEDs.  I had been playing around with TTL Logic ICs for years and realized that I could make something spectacular. 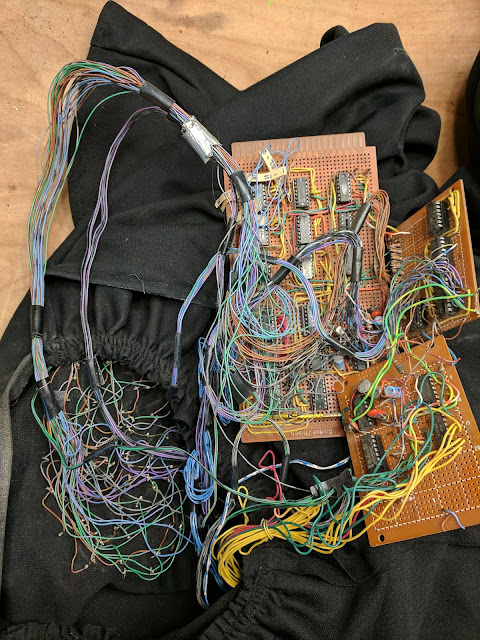 It started simple and then snowballed into a major project.  I skipped all my classes that week as embarked on this mad scientist project. 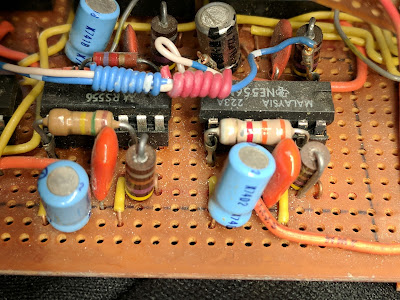 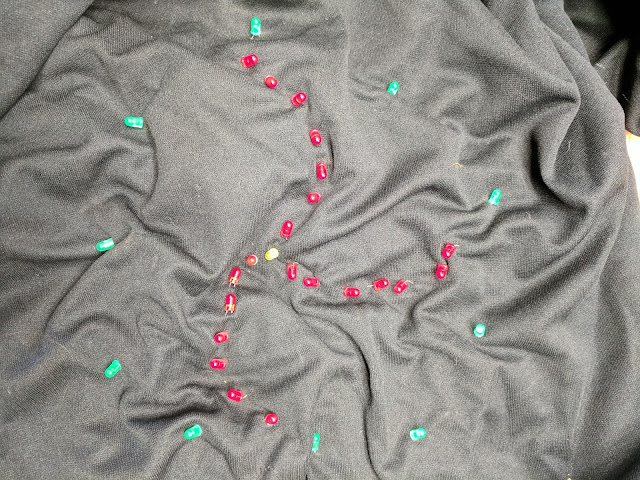 LEDs were poked directly through the fabric and soldered on the inside with control wires. 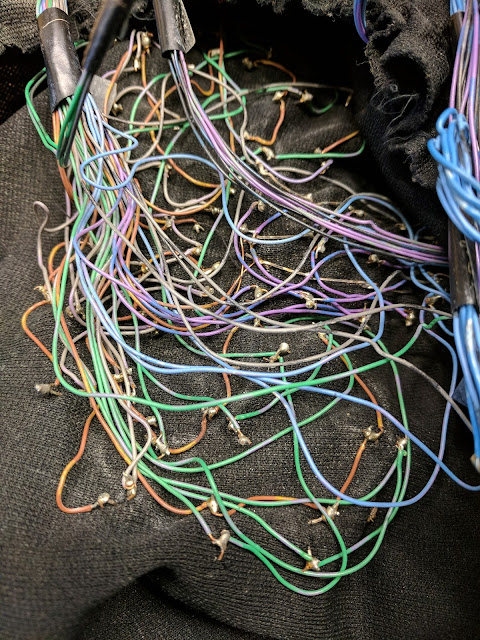 At chest level in the front, I created a red mushroom cloud of LEDs that arose from an orange line that scanned back and forth.

The lower part of the robe had a pattern of red lights that would sweep up from the floor, change directions to sweep back down.  Every so often, it would change to green doing the same patterns.

I proceeded to sweep every costume contest that I entered for the next ten years.  I won literally thousands of dollars, free flying lessons, movie tickets, and cases of beer.  I finally retired the costume when I left Montana for Oregon, but I've kept it in a box all these years.

Sparking it up today, I found that most of it still works.  Yeah, all those solder joints with solid core wire are fragile.  I used to bring a soldering iron with me when I wore the thing.

I doubt I'll ever repair it entirely, let alone try to wear it.  Now at age 57, I don't fit in clothing made for me when I was 21.  For now it goes back in the box until nostalgia prompts me again to ponder over my nutty inventions from the past.