Back Into the Light 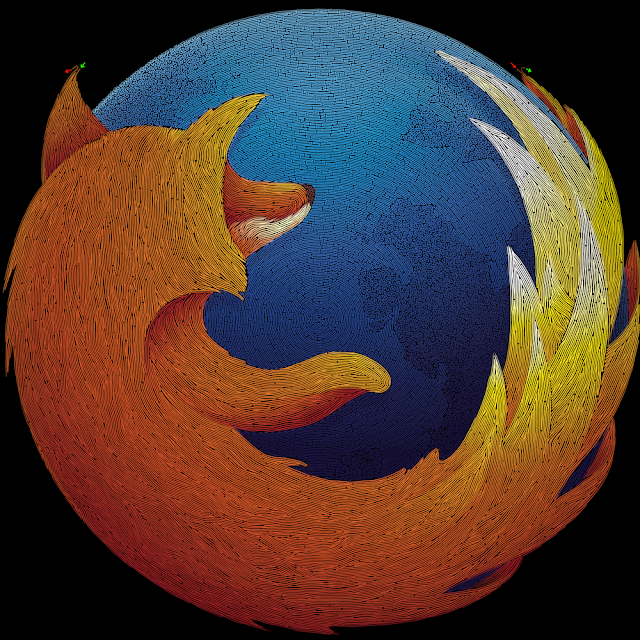 The whole Mozilla/Brendan Eich affair has been traumatic from day one.  For me, superimposed over that trauma was the death, just a few days earlier, of my former partner Richard in Montana.

Please, indulge me for a moment as an old man tells a story.

Richard was diagnosed with an aggressive untreatable cancer just two weeks before he died.  Called from my home in Oregon, I rushed to Montana to say good bye.  I got there in time for him to open his eyes, smile and say my name.  Two days later, Richard died attended by me, his sister, his adult children, his former wife, and her husband gathered in a circle around him.

I led the funeral attended by our close family group, a factional extended family and a parade of friends from his life.  I found the tension between the factions to be untenable and I struggled to think of how I could help break down the barriers.

In the eulogy I talked about our unconventional family bound together by love.  I told the story of how Linda, Richard and I lived together as one family supporting each other through graduate school and raising two wonderful kids.  The abiding theme was an encompassing circle of love.

I spoke extemporaneously and  I heard myself saying, "We are a diverse group here today with different beliefs and many disagreements.  Today, though, we unite to celebrate the love of for our lost brother, cousin, nephew, partner, husband, friend.  With love comes forgiveness: with forgiveness comes grace.  I am an atheist, but I bring this from my deepest childhood memories, I reach out to everyone here regardless of faith or lack there of, please join me..."  Then somehow, spilling forth from me came the Lord's Prayer.  I had not recited those words in decades.

With that prayer, I felt connected to everyone in the room, and I dare say we all connected and the factionalism melted away. Maybe it didn't, but from my perspective anyway, people mixed and talked more freely than before the eulogy.

I flew from Montana directly to California for Mozilla work week.  In the first hours of being there, the Mozilla CEO trauma started.  I struggled with my own emotions over what was happening with the Mozilla CEO selection.  My gut reaction was to call for resignation, but I kept silent.  It took me a week of  thinking of my own words, "We are a diverse group here today with different beliefs and many disagreements. -- With love comes forgiveness: with forgiveness comes grace" before my own attitude snapped into focus.  Sitting in the airport just before boarding a plane home, I spilled my feelings in a blog posting.  That post brought both support and condemnation.  On Brendan's resignation, in a fit of pique, I deleted that blog.


I am a gay employee of the Mozilla Corporation, and I support my company's decisions regarding the selection of CEO. This doesn't mean that I'm entirely comfortable with the selection, but not because I think Brendan Eich is a threat, but instead because of the public relations repercussions.

The CEO of a corporation is the public face of the company. It is easy for the public to conflate the personal beliefs of the person with the mission of the company. For this reason, I see that that the selection of Brendan is a public relations disaster. I'm sad that it appears this firestorm was not foreseen. However, the decision is made, we must move on to focus on the real work.

Mozilla's mission is to defend and nurture the free Web. If we're not going to do it, who is? The fervor of indignation regarding our new CEO is a distraction that we do not need. Our energy should be going to support or mission not spin the personal beliefs of the CEO. These are difficult times for the Web with threats from large corporations pushing us into silos and government overreach. The energy that we expend defending our selection of CEO is energy taken from our real mission.

I have friends that hold political opinions that are antithetical to me – I do not exclude them from my life, I embrace my friends. I neither support nor understand their beliefs, but doesn't mean that I throw them away. I cannot condone holding a grudge in perpetuity. To do so would be leaving a wake of enemies behind me. Instead, I could have them as allies beside me where we do agree.

I do not agree with Brendan's support of Prop 8. However, that particular battle is one that Brendan lost. It's over. I don't know if his opinions have changed nor do I feel that I need to know. Technically, Brendan is a good choice for CEO: we need to be a technically driven company.

Mozilla has a vocal LBGT community. Brendan could not derail us if he wanted to. I don't think that he does want to because he's focused on the real mission: the free Web. He's working with us, I, for one, am willing to set aside my trepidation and work with him, too.

I say to the larger community calling for the ouster of Brendan Eich, “please don't succumb to the knee jerk reaction.” I did at first, but with some thought, I realize that we need to focus on the future not exact retribution for the past.
There is no time in life to draw exclusionary circles.  We must find where we do agree and focus on those, for that is the only route that I see to grace.