The Yurt and Starlink 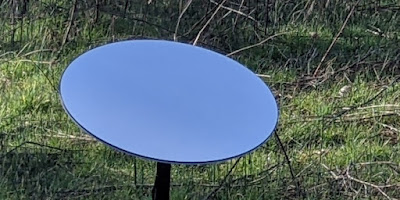 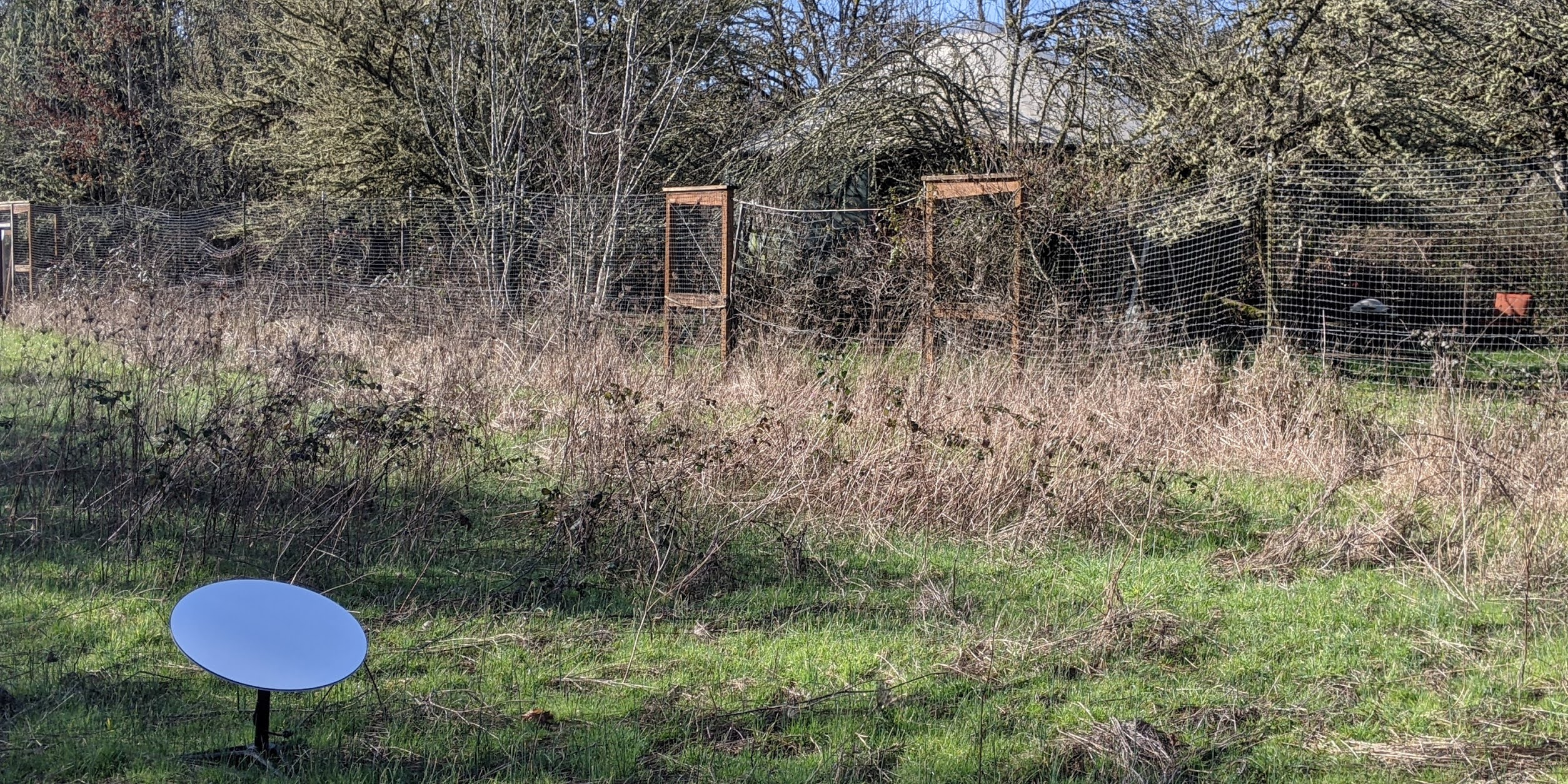 This is the second of two parts about my twenty-seven year quest for rural Internet access. My previous hare-brained gymnastics in acheiving this difficult goal are covered in the first essay . 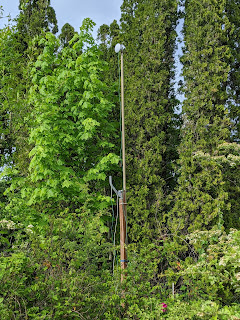 A growing forest makes
a clear line of sight into
a race to the sky that
I cannot win.

Late in the spring of 2020, our line of site Internet microwave relay lost its connection. Resolution of networking problems like this is a long tedious process requiring coordination with other home owners and climbing tall ladders in awkward locations. The outage ended by raising a thirty foot aluminum irrigation pipe vertically and lashing it with bungee cords to the existing 15' pole. It was just high enough to allow the antenna to peek over the growing forest in what used to be a clear open field. Not only is this precarious, it is a race to the sky that I cannot win.

Later in the year, I read about and then sought out the Starlink Beta Program. I signed up, but never really expected it to come to anything.

That irrigation pipe mocked me. As Fall changed to Winter, I began to wonder how the long bungee cords would last in Winter's rain and wind. As everything kept working and nothing fell on me, I put off doing the hard work. 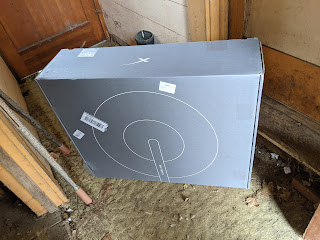 The large box required use
of a flatbed nursery cart to move.

In January, I got the Starlink Beta invitation; I bought the Beta Package. I was told it would take four or five weeks for it to arrive. I inspected the bungees and worried that the higher one was fraying. Again, I did nothing.

I carted it over to the yurt as I had already used the Starlink App on my phone to scope out the best location for a unobstructed sky view. The yurt was the closest building to the fallow field and our best clear view. 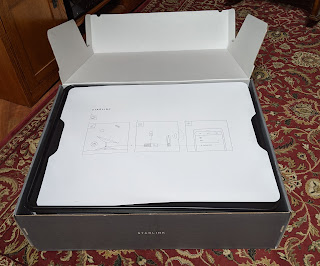 Is this Stjärnlänk from IKEA?

The box opens to what are obviously IKEA-inspired installation instructions. I believe this product is aimed at a worldwide audience: no translations required.

According to Google Translate "Star link" in Swedish is "Stjärnlänk".

I had questions. The answers required research that led only to hearsay. I decided to just carry on with the pictorial instructions. The installation was flawless. 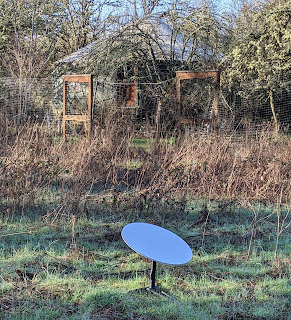 Stjärnlänk at the end of
its proverbial 100' tether.

The cord does not detach from the dish antenna. I have read that is because it is a special cable to accommodate the unusually high power requirements of the antenna. Fair enough, one hundred feet of cable is a fine distance for me to place the antenna in the field with a full unobstructed view of the North sky. There is just enough cable to push through the bottom edge of the yurt's canvas walls.

I'm not going to complain about this. After four weeks, the speed has been consistently above what Comcast was contracted to deliver at a higher price. However, the latency may not be as good as the Comcast connection, but is still completely acceptable for my purposes. 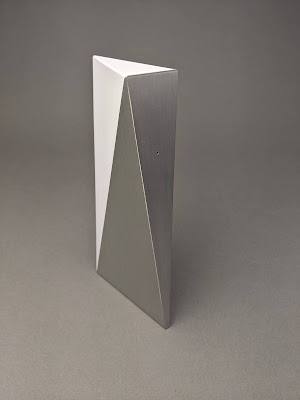 Now we've got to talk about that router. It looks like a product of the Tesla Cybertruck design studio. I don't a really have a structured enough decor for it to offend. True to the simplicity of the pictorial instructions, this router has no customer facing interface. To the best of my knowledge there is no way change any settings.

By the way, that rubber stoppered ethernet port on the back labeled "AUX"? It's just a LAN port. Plug in an ethernet switch and you can bring your entire ethernet network to the Starlink era.

On watching some Youtube videos on the experiences of others, and reading stuff written by people I don't know on Reddit, it's implied that one could just swap in their own router. However, when you do so, you lose access to the antenna controls.

Starlink's POE is supposedly high voltage and outside normal POE specifications. Will it fry any unsuspecting device or is it one of those "Active POE" devices that can adapt? There's no documentation, my only option was to experiment. I connected a sacrificial ethernet switch and an RPi to see if the white router port was set to stun or kill. Nothing blew up. I did notice that a device plugged into that port was assigned a 192.168.100.X address. The antenna is running a DHCP server. Is the Starlink system naturally double NAT'd? 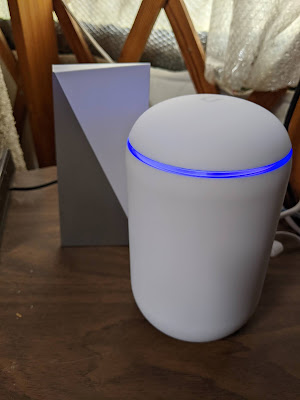 I bought a Ubiquiti Dream Machine and plugged it into the Starlink white port. I powered up the UDM and it set itself up just as effortlessly and flawlessly as Starlink did. Suddenly, my whole network was talking normally to the Internet. The UDM adopted all those APs that I have scattered through the greenhouses and farm buildings. I was free to setup all the network candy that UDM enables so easily on a LAN.

That setup includes redirecting the 192.168.100.X network from LAN to WAN by making a static route - that gives access to the same interface that the Starlink App uses at 192.168.100.1. I don't keep that static route enabled all the time as I'm concerned there is a security vulnerability here. I enable it only when I need it.

I've kept the Comcast / microwave branch of my network alive, but after four weeks, I've never needed it. Starlink is a total win. No more sketchy ladders in awkward locations and I can put that aluminum irrigation pipe back in the storage pile where it belongs.