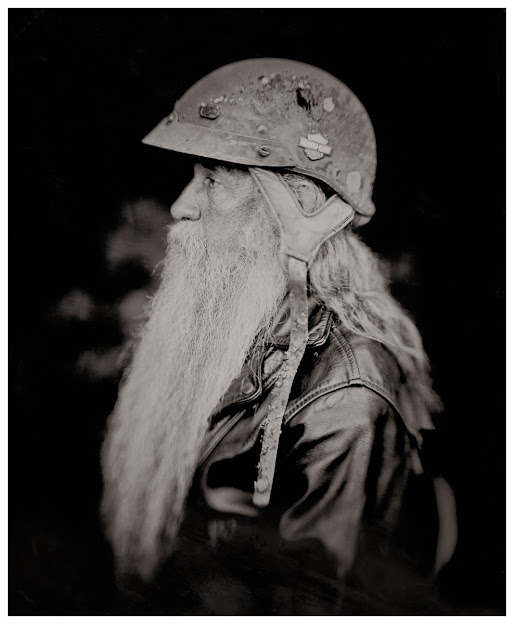 As I rode the last mile home after six weeks out on the bike, I knew 2012 was a year of monumental change. An era of my life ended and a new one began. Behind me were some of the best motorcycle adventures in my life, but also, the death of a friend.
A bit more than three weeks earlier, a crisis interrupted my trans-continental motorcycle trip. It took two days of hard riding from Colorado to get to Portland, Oregon.  I slammed from life on the highway to twenty-one days of attending a death of a close friend. High and low smashed together into one event that forever changes my life. It was not a bike related accident, but an unrelated happenstance of timing of my bike trip and a friend's terminal stage Cystic Fibrosis. 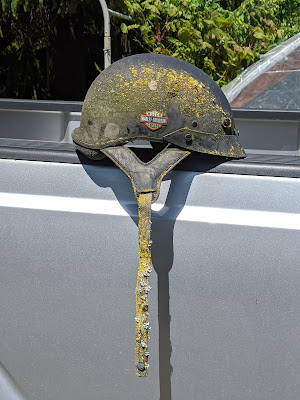 Finally arriving at home from Portland, I rolled onto the dirt path to the bike shed (it's painted brown). The door was open in anticipation of my arrival. I switched off the bike, pulled my helmet off as I twisted myself off the heavy machine. As I emerged from the trees that obscure the bike shed from the road, everything seem different. I was, at last, home: a month and a half tour through a full spectrum of emotions each worthy of a hundred new tattoos. I hung my helmet on the skeletal remains of the canvass Costco shelter as I headed toward the yurt.


That helmet has hung there ever since. As it had a matte black finish with no shine, dust collected in the scratched surfaces and lichens soon followed. It's become a beautiful aging specimen hanging there as a monument to that year: a garden of several varieties of lichen and the beginnings of moss.


Monuments are important symbols in my life, both personal and civic. The helmet is a personal monument to the trials and triumphs of a year.  I honor the civic monuments of grand ideas like the Statue of Liberty. When it comes to monuments about people, I'd rather there be more commemorating scientists, mathematicians, musicians and artists. And why use stone when a tree or a garden would do? Let's remove the dead stone and metal statues that glorify war and replace them with trees that glorify science and nature.
This year, I will plant a monument to the mathematician, John Conway.

The image at the top is an art collaboration between husband, my lichen crusted helmet, and me. In the hour that we worked together that day, Paul took four photographs with a 8x10 camera. All I did was stand very very still. He took two as positives in the form of tin types, and two as negatives using wet plate on glass.
Paul sells a book of his modern take on 19th century photography. See his flickr  photostream for his most current art.