How to purchase...
0027 The Spider Maze – Over the years, when the weather turns cool in the fall, we've kept an indoor spider. The large orb weavers are excellent in keeping the kitchen free of the flies that also try to move indoors to escape the weather. This is Dorothy, the kitchen spider from the fall of 2015. 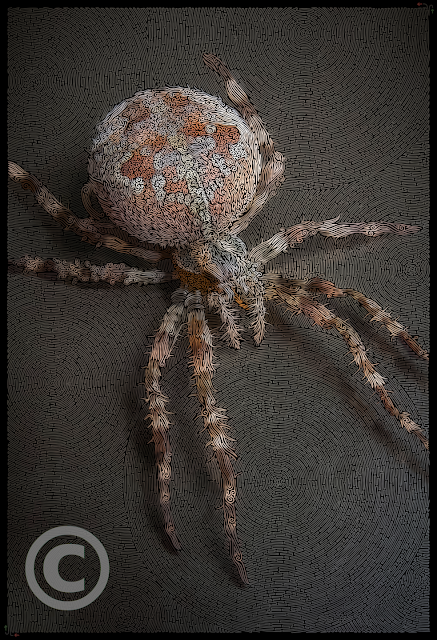 She lived with us for several months in the kitchen window. We'd catch insects for her and trap them in her web. She got to know us and would often come out from her hiding place when we approached, perhaps anticipating a meal.

One day, we found her lying dead on the kitchen counter, her life-cycle was complete. 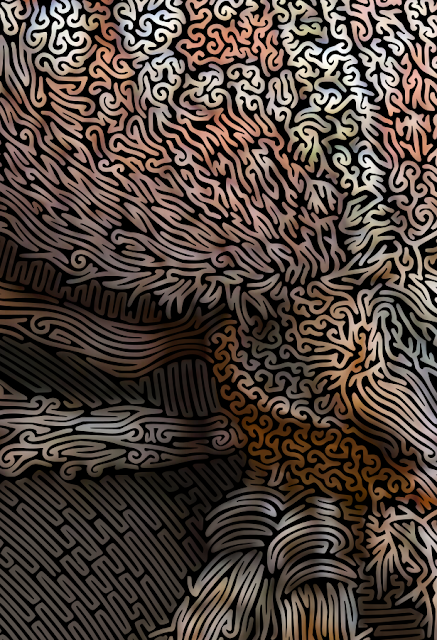 I created this maze in her memory. As it was one of my earlier mazes, I really fussed over it. I did not originally draw a background as I could not think of how to do it. After several days and several false starts, I came up with the concentric circles. Yet, it still didn't look right. 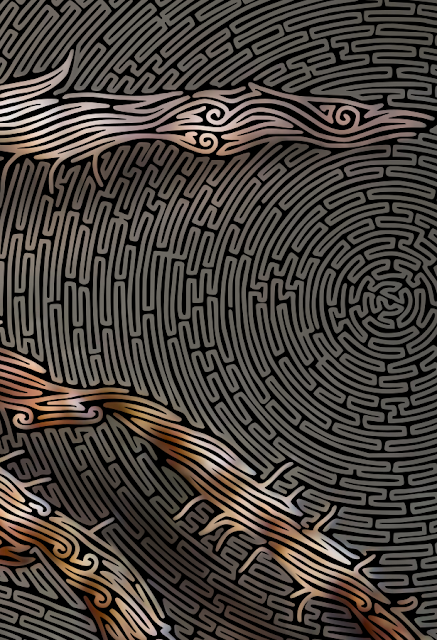 This is where I exercised some skills that I didn't know that I had. Using the air brush tools, I added the a gradient to the background and then shadows and reflections of Dorothy's legs. The effect worked very well.

When shown in a gallery, this maze has gotten more feedback than any other.