0024 Blue Mason Bee Maze – This brilliant blue mason bee was found dead in a window sill in the old cottage. The bright shiny body looked like it belonged in an antique jewelry case lined in black velvet. 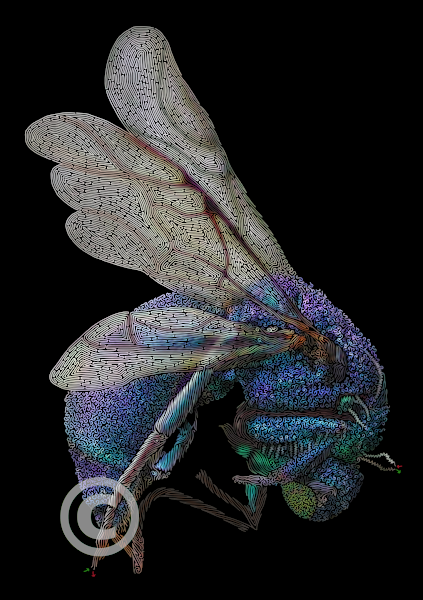 The species is Osmia lignaria, likely of the Western North America subspecies, propinqua. These are very common here in the Oregon Willamette Valley as they serve a major role as a native pollenator. We encourage them by putting out bee boxes stuffed with open ended tubes that they use as nesting cavaties. 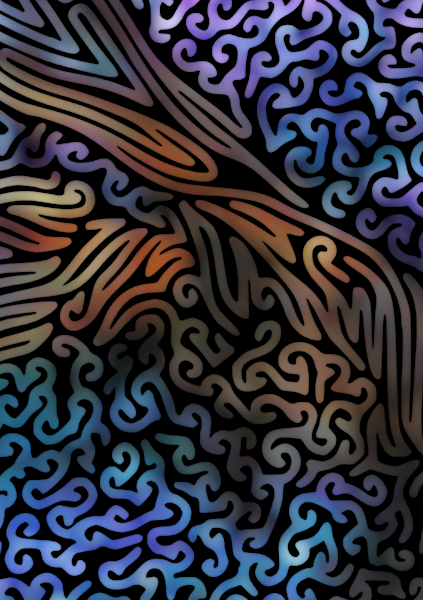 The sparkley exoskeleton of this solitary bee begged for a representation with a psychedelic pattern. The wings were a challenge, as this was the first time in my drawing that I had to represent transluency. Were the maze pathways to be constrained by the surfaces of the wing or should it echo the detail below it? I tried both, this was the better rendition. 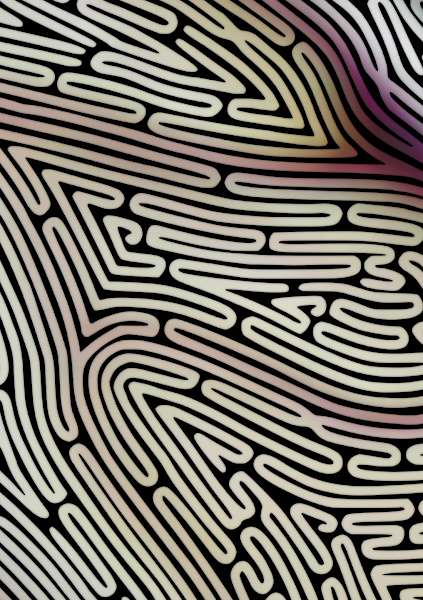