There's a new subdivision being built on the hillside west of the farm. They've had to construct quite the canyon to create a road under a ten percent grade. After pushing off the deep clay layer, they encountered rock: sandstone, mudstone and shale. 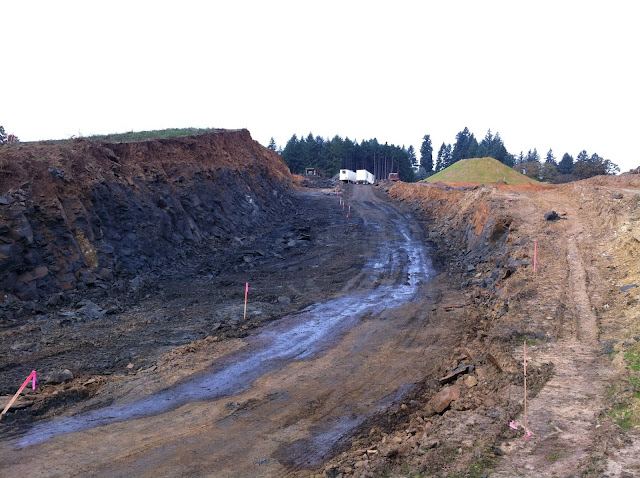 The mudstone/shale layers are shot throughout with fossils. I wish I knew about the age and origin of these fossils. They're not too old because most retain their original three dimensional shape. Well, at least I think that out mean they're not absurdly old. The Coast Range is mainly solidified ocean flood mud shoved up onto the continent, but we're fifty miles inland. 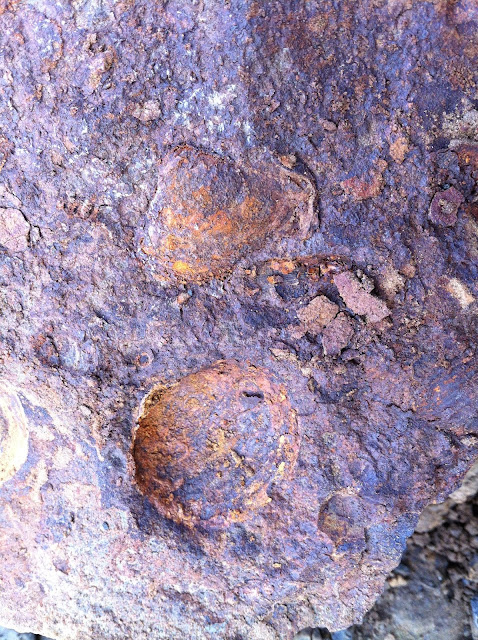 We first noticed suspicious impressions in the broken rock.  We weren't sure they were fossils until we spotted the other side: 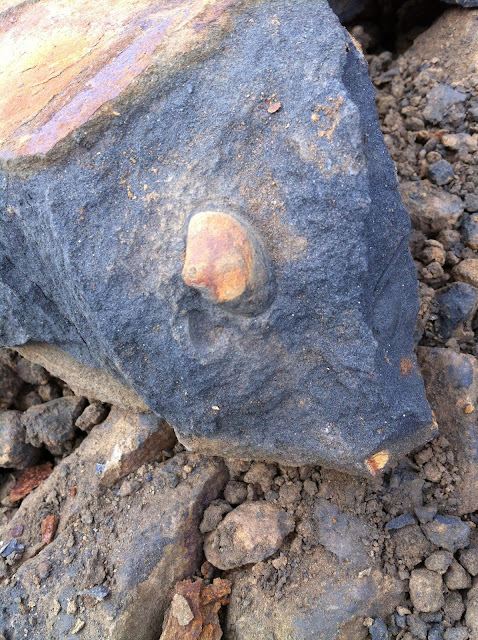 That seemed to open our eyes.  Suddenly we were seeing them every where we looked. 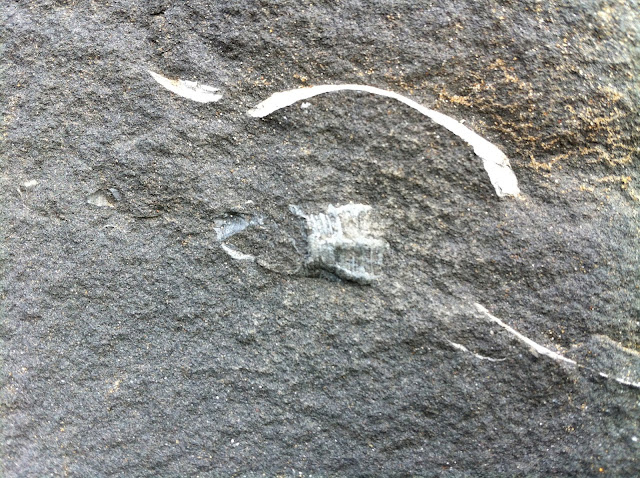 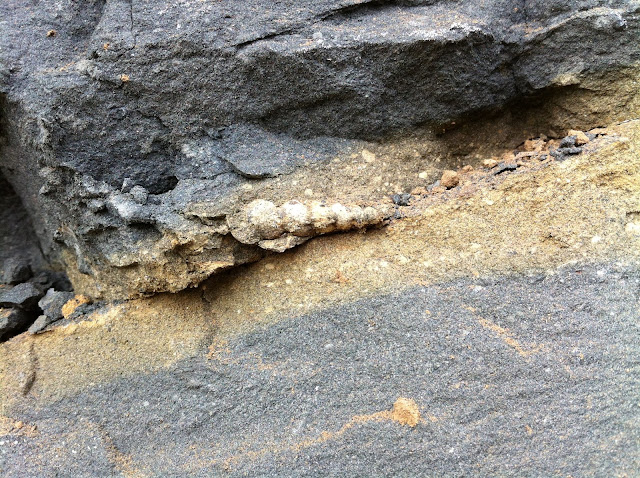 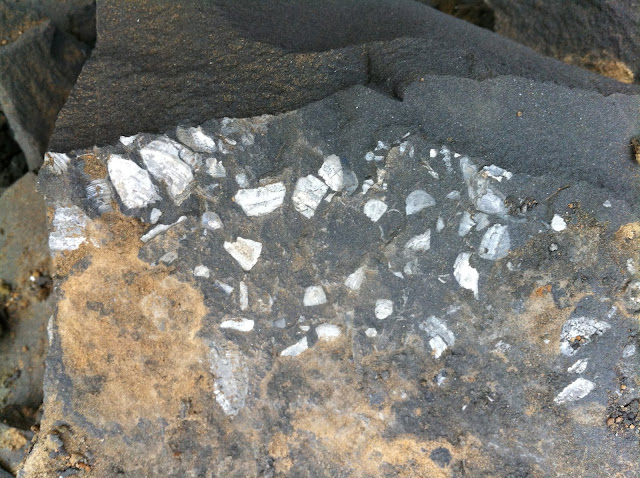